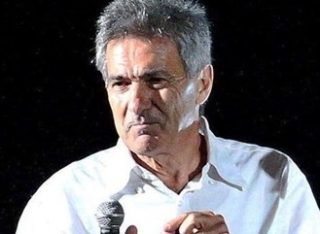 Roberto Parri, graduated in mechanical engineering at the University of Pisa in 1978.

After graduation he has worked at an Engineering company  (Tecnomare Venice) dealing with marine technology with particular reference to the design of oil platforms.

Afterword he has worked in a society producing electrical components (Arco Plessey) for the start-up of a production line of flywheels magnet for motorcycles.

In 1981 he has been employed by Enel, working at first in the field of drilling technologies and then in pipelines’ design.

In the period 1986-1991 he has managed  the installation and commissioning of five geothermal  groups of 20 MW and of one group of 60 MW.

In the period 1991-1993 he was responsible for the operations activity of Technical Services (300 people  both  mechanical and electromechanical).

In the period 1993-1999 he has held the position of head of the technical services inside constructions and maintenance unit; the activity here concerned separation plants, wellheads ,fluids transport lines, power plants.

In the period  1999- 2003 he has been responsible for production and maintenance of geothermal plants of the  geographical areas of Larderello and Lago  , 27 groups with a total capacity of 600MW.

In the period  2003-2014 he has been working in ENEL GREEN POWER geothermal industry as Head of the Operation Unit where he has been managing the operations of all the Italian geothermal plants.

In the period 2014 -2020 he has been  working as a freelancer developing geothermoelectric projects in Kenya where he followed the design, construction and start-up of the Olkaria5 power plant ( 2x80MW units) and the related networks and separation plants on behalf of the STEAM company.

He has always developed the study of evolution of plant technologies related to the use of geothermal energy.